Vitrine Sete is a glass case vitrine situated in the Galeria das Artes, a passageway on the ground floor of the Edificio Veneza connecting Rua Doutor Bráulio Gomes with Rua Sete de Abril (where the lettering Galeria das Artes can be found above the entrance) in the center of São Paulo.
The São Paulo-based artist and community activist Claudia Medeiros conceived Vitrine Sete in 2011.
It is an intervention within one of a series of display cases that feature mainly tools and electrical products, sold by other tenants within the same mall. 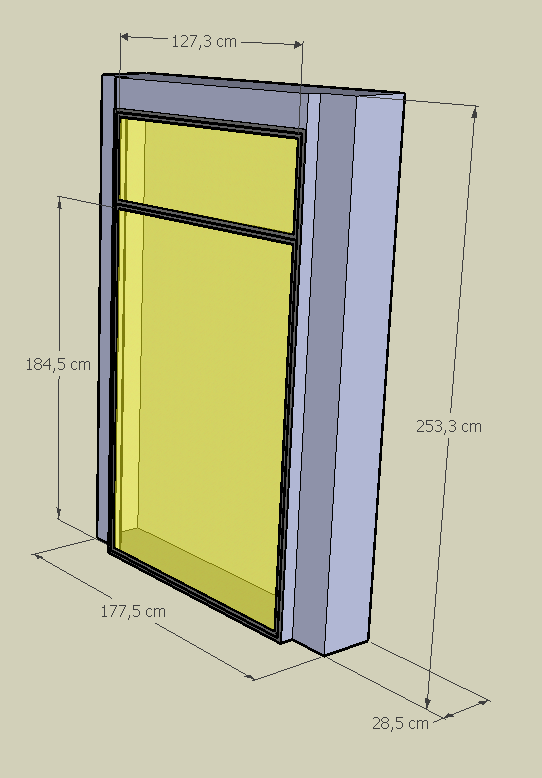 Thus Vitrine Sete is sited outside the conventional boundaries of the art world although the title of the host architecture, Galeria das Artes, might suggest otherwise. The space is located in the vicinity of a park, a public library and an eclectic mix of all sorts of business. Passing through the Galeria das Artes mall, lends a somewhat tranquilizing moment to the passerby, a moment of escape from the hustle and bustle of the surrounding downtown business.
The ongoing intervention organized by Medeiros into the passage and mall, does not only provide an idiosyncratic possibility for artists to exhibit their work in São Paulo, it also engages a very heterogeneous set of publics.
Situated in between curatorial and artistic activity, Medeiros uses the rented space to feature the works of other artists (vitrine-sete.blogspot.com) or to insert a visual break from the heavily polluted visual landscape of the megalopolis as was the case with the work There are Others (2013).
Following Medeiros’ engagement with a local advocacy group that is fighting the destruction of one of the oldest city parks (Parque Augusta) and takes on the giants of São Paulo real estate speculation, the artist lent the vitrine to Organismo Parque Augusta and thus called attention to the park’s legacy and potential future by calling out on a poster in Portuñol: Me Gusta Parque Augusta .
Medeiros’ Vitrine Sete exhibition series resembles an act of resistance against the constant bombardment of consumer goods vying for our attention. A different message is broadcast, abstract yet untouchable. The vitrine space exercises a unique possibility to experiment with aesthetic and conceptual ideas on an extremely limited surface, thus represents a challenge of particular sorts for artists, writers and thinkers who aspire to work outside of their conventional contexts.

Tobi Maier
São Paulo, April 2014
Posted by claudia.medeiros.cardoso@gmail.com at 9:36 AM

This is an art work

Vitrine Sete is a small exhibition space strategic pointed in São Paulo downtown.
It is located in an office building passage between two streets just in the heart of the city, in a busy area but mostly taking place in a transformation moment where the discussion about gentrification, occupation of old city centers and the use of public space are constantly been updated